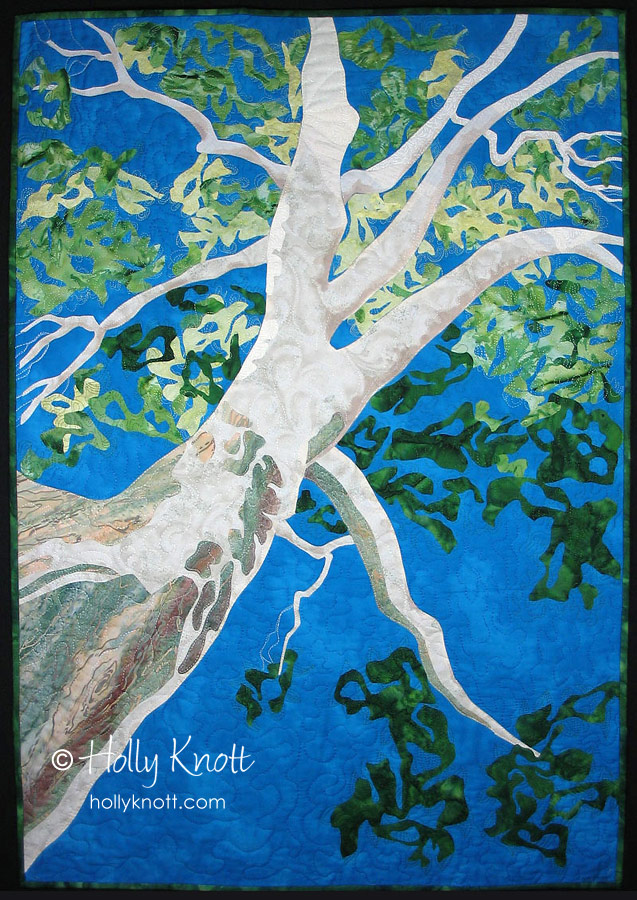 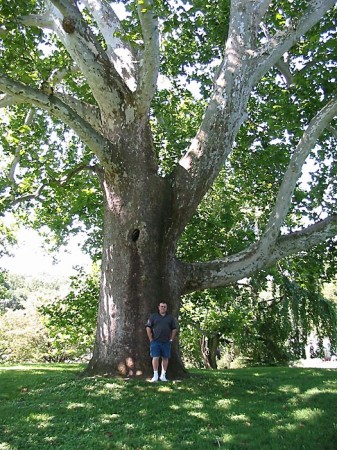 This stunning American Sycamore tree sits next to Lafayette’s Quarters (Gideon Gilpin’s House), on what is now the Brandywine Battlefield in Chadds Ford, PA. It’s approximately 391 years old as of 2003, which means it witnessed the Revolutionary War battle that took place on its grounds, being well over 150 years old at the time. Legend says that the Marquis de Lafayette rested against this tree while his wounded leg was being tended to during the Battle of Brandywine in 1777. The diameter of this gigantic tree’s trunk is 9′ ! This quilt portrays just one branch.

My husband, parents and I visited this ancient tree a few days after 9/11/01, on a gorgeous, breezy, late summer day with a deep blue, cloudless sky. It was quite moving to be standing on the grounds where a battle was fought for our nation’s independence during those intensely stressful days following 9/11. In this quilt, I tried to capture that sky, the breeze, the light, and the enormity of the tree in my tree quilt. Here’s a photo of the branch I based the quilt on.