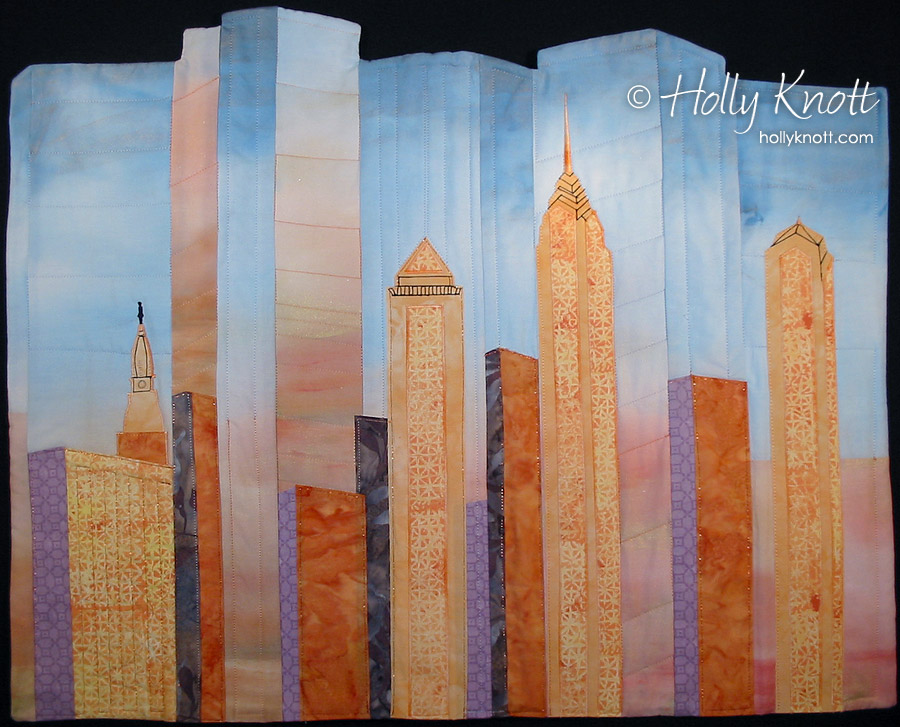 A wrong turn led me to the Schuylkill Expressway at rush hour one cold January afternoon (not where I wanted to be at that time of day!), but I continued along toward Center City and witnessed an incredible skyline. The subtle sunset lit up every building in brilliant shades of peach and orange, while the sides of the buildings in shadow were lavender and gray.

The irregular top edge of this architecture quilt was an unplanned, happy accident. I noticed as I was working on it that the sky “slices” also looked like buildings, so I decided to abstract the image further by leading the viewer to believe that perhaps the sky isn’t sky after all, but more reflections in skyscrapers.

The statue of William Penn perched atop City Hall, now dwarfed by notable skyscrapers Liberty One, Liberty Two, and the Mellon Bank Center, reminds us of the early days of Philadelphia’s history when City Hall was ruled to remain the tallest building in the city, until 1986 when the modern buildings were constructed.